For each age group there is a competition with different levels of difficulty and different requirements. However, the aim of each competition is not to win, but to acquire new skills and work together as a team.

For children aged 6 to 10 years The FIRST LEGO League Explore (formerly known as FIRST LEGO League Junior) is a simplified version of the FIRST LEGO League Challenge. The competition is intended for primary school children who are enthusiastic about technology. The teams consist of two to six people and take part in local events. On a theme that changes every year, the children learn about scientific and technical areas with the help of coaches and experts. This knowledge is later presented by a Lego board with small motorised structures and a poster. FIRST provides guidelines that help the organizers to implement FLL Explore but FIRST does not organize any FLL Explore event. first-lego-league.org/explore

For students aged 9 to 16 years The FIRST LEGO League Challenge (formerly known as FIRST LEGO League) is a worldwide robotics competition that inspires children and young people to learn about technology and science. The competition revolves around a new theme each year and is divided into four categories: Robot Game, Robot Design, Research and Teamwork. The first two categories are about a self-built and self-programmed LEGO Mindstorms robot. It solves tasks autonomously on the playing field (Robot Game) and gets points for it. The robot may only be touched in the base to rebuild it or start another program. Programming and construction are also evaluated (Robot Design). Attention is paid, for example, to sensors, stability or good use of the available space. By working on a research presentation, the children learn about scientific or technical topics and real problems (Research). This includes contact with external experts as well as the solution of a self-defined problem. In doing so, the children learn to work independently, but above all to work in a team (Teamwork). The cooperation is demonstrated on the day of the competition by a small task. first-lego-league.org/challenge 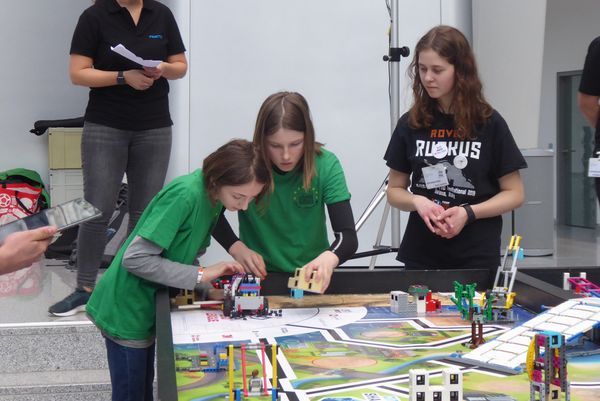 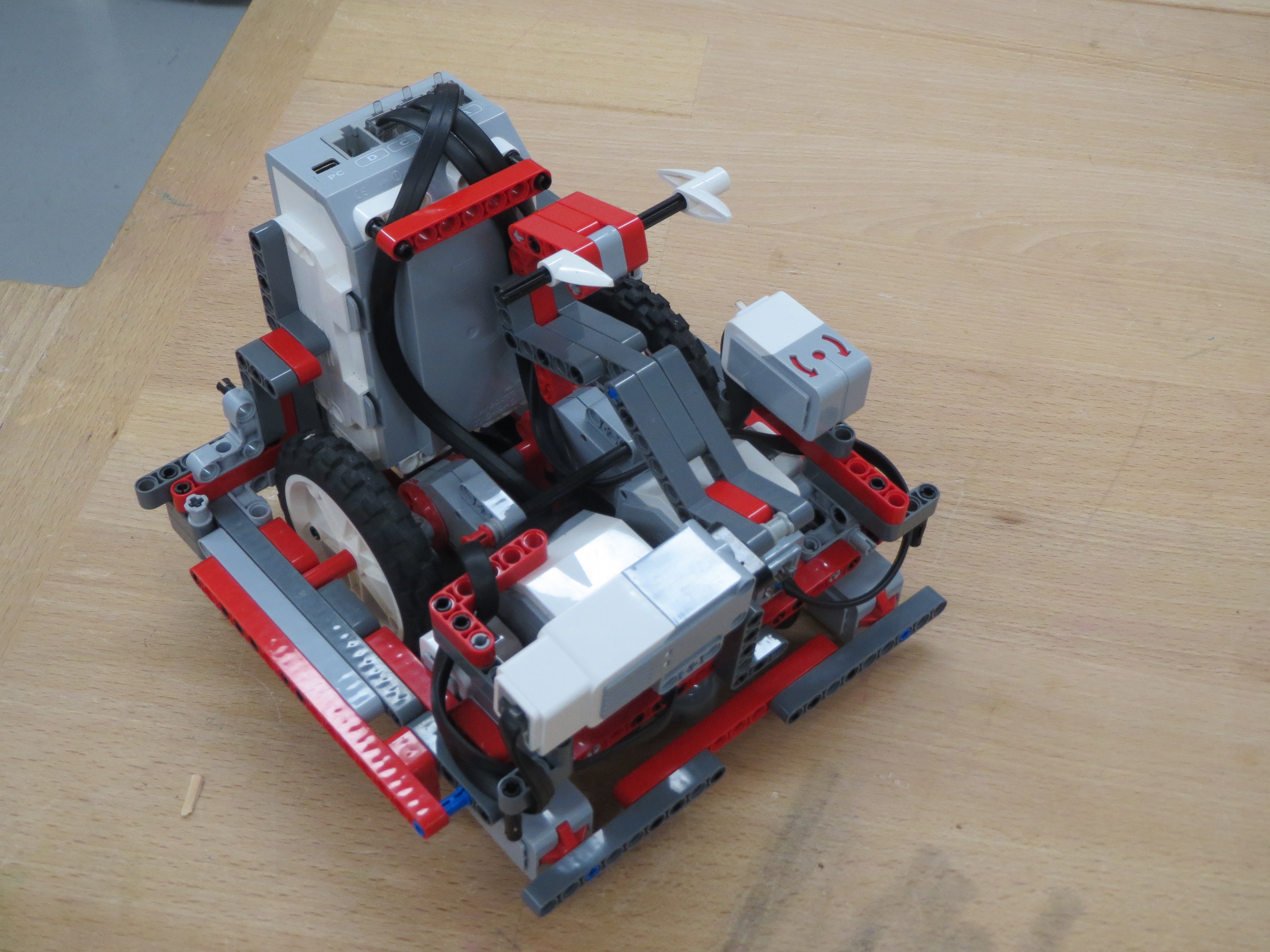 Since 2005, the robot club offerd at our school participated at FIRST LEGO League. Since then, three to five teams regularly compete in the regional competition in Esslingen. So far three teams have reached the semifinals in Middle Europe. At the beginning of each season we go to a three-day training camp together with the Ernst-Abbe-Gymnasium from Oberkochen. There the teams have enough time to work intensively on the robots and their research presentation. In between, various team tasks are also mastered. 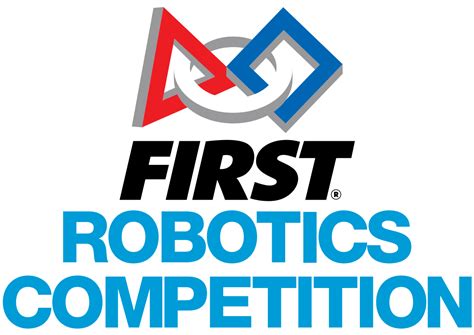 For students aged 15 to 18 years The FIRST Robotics Competition is less well known and only spread in 33 countries. As with other FIRST competitions, the game and the required tasks change annually. These are mostly related to the topics of the other competitions. Each team builds a robot from a standard set of parts and other special parts, which the teams can either buy or produce themselves. The finished robot weighs up to 57 kg and consists mainly of metal and electronic components. It can drive both autonomously and controlled and plays with two alliance partners against three opponents. In addition to the on-field competitions, the teams and team members competed for awards that recognize entrepreneurship, creativity, engineering, industrial design, safety, control, media, quality, and illustration of the program's core values. 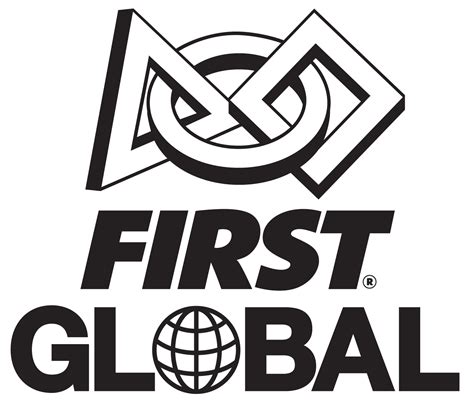 FIRST Global or also FIRST Global Challenge are Olympic Games in robotics, which have been held in a different nation every year since the 2016/17 season. So far, the competition has been held in Washington DC, Mexico City and Dubai. Each country can only send one team to the games. The theme is inspired by the greatest challenges facing our planet, including the 14 Grand Challenges of Engineering identified by the National Academy of Engineering. These challenges should be solved by the youth and later improve the future. On the pitch, the teams are divided into alliances and must cooperate to score points. FIRST Global should also encourage cooperation outside the competition. It is about coming together despite geographical, cultural and language barriers. Recap of the FIRST Global Challenge 2017: The FIRST Global Team of 2017 and 2018, which represented all of Germany, came from our school. 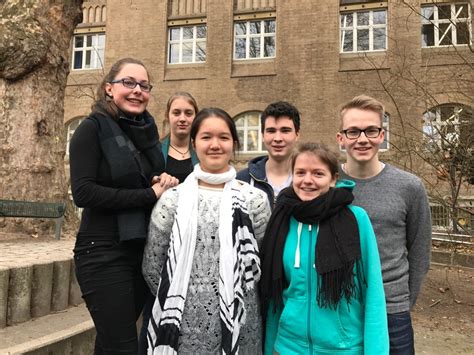 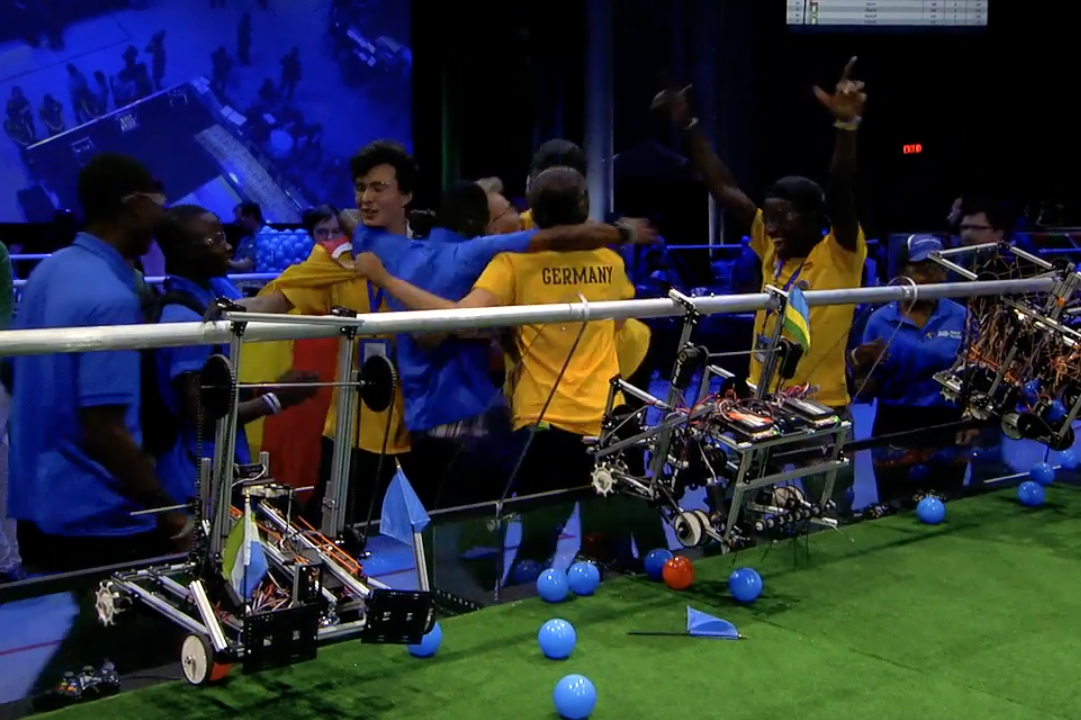